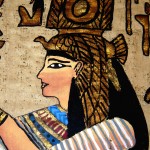 Interpreting is known to exist since Ancient Times despite the limited existing information sources in this field. The first mention of this profession dates back to the third millennium AC and is found in many inscriptions on the Elephantine Princes’ funeral monuments. Interpreters were known to be used in Egypt and in the Persian Empire and there are hieroglyphics that prove this. Interpreting also existed in Greece and Rome.

Interpreting in the Middle Ages was developed in translation schools like the School of Translators in Toledo, in which they frequently produced oral versions of their translations. During the Crusades, the intervention of interpreters became necessary to the point that there are experts that consider this moment as the birth of modern diplomatic interpreting. These interpreters were given the name dragomen. 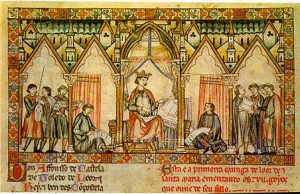 During the Modern Age, interpreters in Spain played an important role in the great discoveries of the 15th and 16th centuries. It should also be noted that already established rules existed from the 16th and 17th centuries onwards for interpreters living on the American continent, while the first Royal Order applicable to the Iberian Peninsula did not appear until 1783.

Throughout the 19th century, rules were established in order to regulate the activities of court interpreters. Interpreting in the diplomatic and political fields during this period began to assume a greater importance and the names of professionals became more and more well known, leaving anonymity behind for the first time.

The Appearance of Conference Interpreters 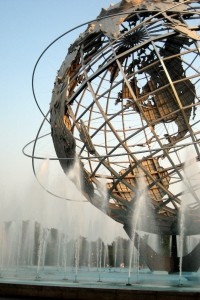 According to Baigorri in his book La Interpretación de conferencias: el nacimiento de una profesión. De París a Nuremberg, interpreting as a profession experienced an important qualitative leap at the beginning of the 20th century with the appearance of a new figure: the conference interpreter, a mode that arose from the geopolitical circumstances of that period in World War I (1914‑1918). At that moment, anyone who could serve as a link between military units, unable to understand each other, were of vital importance to the war machine. They were known as war interpreters.

At the end of the war, some of them would later act as linguistic mediators at the Peace Conference that was held in Paris in 1919. At this conference, the representatives of four of the victorious countries (United States, United Kingdom, France and Italy) met to discuss a series of topics that would culminate, among other things, into the signing of the Treaty of Versailles and the creation of the League of Nations. The Paris Peace Conference was characterized as being the first major multilateral conference in which interpreting was systematically used in the two official languages: English and French. Thus, speakers had to express themselves in one of the two languages and an interpreter provided a version of the speech in the other official language. The most utilized mode was, of course, consecutive interpreting, but sight translation and chuchotage or whispered interpreting were also used.

Interpreting during the Interwar Period

As we have already mentioned, the League of Nations (LN) was formed as a result of the Paris Peace Conference. Once again, the co-official languages of this organization were English and French, which meant that if speakers wanted to express themselves in a third language, they had to provide their own interpreters.

It is important to note two significant events that were representative of the progressive professionalization of interpreting. The first is the introduction of selection processes for interpreters and the second is the achievements relative to the working conditions of freelance interpreters.

In as far as the process of interpreting is concerned, the predominant mode used in the LN continued to be consecutive. However, this mode, which worked well in an organization with only two official languages, turned out to be less advisable in the International Labor Organization (ILO), where a larger number of languages were spoken. After this, the need for the use of simultaneous interpreting rose steeply. 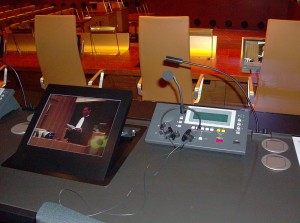 In the late 1920s, experts began conducting analysis following the International Labor Conferences and thus began adapting the system to fit the needs that they identified. As the years went by, things improved not only on a technical level, but also in regard to interpreters’ training with the creation of a special training course in 1928. The LN, on the other hand, was a lot more reluctant to adopt the simultaneous interpreting method.

The Nuremberg Trials were held in Nuremberg, Germany, between 1945 and 1946, after the end of World War II, where the countries participating were Great Britain, United States, France and the Soviet Union. The consequent linguistic diversity, accentuated by the presence of German, would prove to be an important obstacle for communication during the trials. Since it was not possible to resort to consecutive interpreting due to the presence of four languages, Colonel Léon Dostert showed one of the judges the advantages of simultaneous interpreting, and this was the method that was finally chosen.

However, the aforementioned predominance of consecutive interpreting during the interwar period meant that the number of interpreters trained to participate in the trials was very small. Therefore, a selection process based more on intuition rather than on reliable tests was used. In some cases, the selected candidates went through a very brief training process in which they practiced with simulated trials. In other cases, they were sent directly to the booths without any type of previous training. Technical and logistics difficulties, the spoken speed of the speakers burdened the early interpreter’ tasks. However, the speed problem was solved by using a system of lights that allowed the interpreters to request speakers to slow down their pace or stop completely.

Second half of the 20th Century 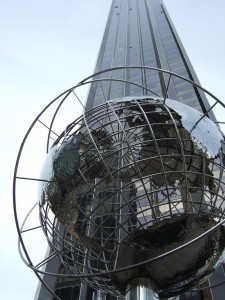 Another important sign of progress was the progressive consolidation of interpreting as a profession, favored by the existence of more specific training courses (in Spain alone there are more than fifteen Universities that offer a degree in Translation and Interpreting) and because of the establishment of rigorous candidate selection processes for international organizations.