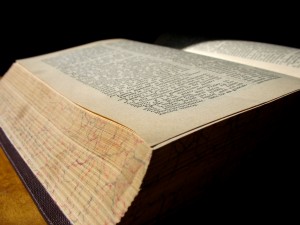 Sight translation can be defined as the reading of a text by the interpreter from the source language into the target language, simultaneously, in a manner in which the content of the document can be easily understood by the audience.

Although it is not always considered as a mode, it is nevertheless often used and is not usually documented in available interpreting manuals. It is nowadays the most commonly used form in environments such as courtrooms, in cases such as the reading of a witness’s statement or a court ruling.

Sight translation is often considered to be the step that comes before simultaneous interpretation. In the menu, under Preliminary Exercises, we provide you with several exercises in order to begin practicing these modes, for example, cloze and rephrasing activities.